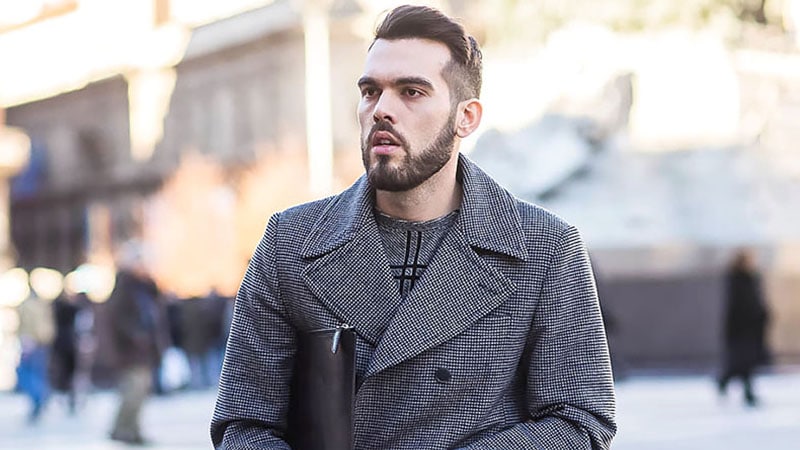 What seems to be the most sought out haircut of the 21st century, Tapered fade is the transition from the era of Basin cuts to a style which has called for barbers to up their expertise as every guy looks to perfect this new look of the century.

Tapered fade originated in the 40s and 50s from the military culture and was the epitome of disciplined grooming.

What is a Taper Fade Haircut?

Tapered Haircut is defined as the gradual shortening of hair as it goes down, a seamless transition from dark to light. A hairstyle seen predominantly as the sign of masculinity while maintaining a crisp look is ideal for individuals from all walks of life.

Whether it is about maintaining a powerful look while conquering business meetings or oozing sex appeal while walking on the ramp, the tapered haircut is perfect.

There are different types of tapered haircuts such as high, low, mid or bald taper all with different variations like the comb-over, mohawk, curly or afro hairstyles for men.

This variety is what makes this haircut so versatile.

In high taper fade, the tapering starts at the top where the hair fades with the skin at about 2 inches. This type of fade defines the top more, making it suitable for people with an oval-shaped face.

While the ultra-short top is more common within the military, the more funky mohawk brings the modern touch to this fade. In high tapered fade, there’s a marked contrast producing a stronger look which is sometimes attenuated with sharp lines.

Although this haircut looks perfect with black hair, different coloured variations are commonly spotted on the ramps. The likes of Jaden Smith and Brad Pitt have been seen in the high tapered fade.

An undercut with quiff or with a comb-over is incomplete with a high tapered fade which brings the sharp touch to the undercut. An ideal tapered haircut for men with curly hair or an afro, high tapered fade adds a professional clean look to a comparatively harder to control hair type.

Defined as the perfect balance between high and low fade, mid taper fade ends below the temple and above the ear right in the middle of the side of the head. Like High taper fade, the emphasis is on the top along with multiple variations of very short hair to disconnected type.

This type of fade is ideal for people with either oval face type or heart-shaped face. Short beard to go along would not only attenuate the jawline but sharpen the edges of the face. You certainly can not go wrong with the hairstyle of Zayn Malik.

Whether it is a crew-cut or a faux hawk, Mid tapered fade is quintessential. For people with long hair, brushed back hair appearance is incomplete without a mid taper fade.

In the season of High tapered fade, Low tapered fade makes its own space by being able to be added to any men’s hairstyle for a cleaner look. With only a small region, an inch above being ear being shaved, this hairstyle adds a sharp look to any hairstyle.

Low tapered fade is a simpler version of fade without the extravagant contrast however it seems to fit perfectly with all hairstyles whether pompadour or someone with a man bun.

Bald Taper, also known as “zero-fade” is a low maintenance fade. This type of fade is commonly seen during summers. Shaving of the hair to the skin makes it the easiest version of a tapered fade for the barbers.

Jamie Fox and Usher are the two famous names commonly seen with a bald tapered haircut. Although the bald taper suits people with round or diamond-shaped faces.

But anyone with a strong muscular neck and a head can easily spot this look for a dominating and powerful appearance.

How to Style Tapered Fade?

Being such a versatile style, tapered fade requires proper grooming and maintenance to become a fashion statement right from the start! A common word amongst the top-notch hairstylist is the importance of styling above the cut. Styling is incomplete without the mentions of hair products.

Tapered Haircut requires the use of ideal products to add the ‘WOW’ factor. The use of hair products is based on personal preference and the type of touch that wants to be added.

Ideally, for a tapered haircut, it is best to use pomade or matt fiber to bring out the clean look that tapered fade is made to define.

To add final touches to the tapered fade, proper grooming of the beard is important. From a properly groomed stubble to a full beard, all get along with tapered fade.

Choose your favourite fade and get the kind of look that will speak volumes.